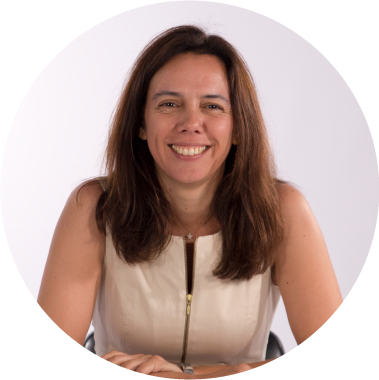 She is currently an Assistant Professor at the University of Lisbon – Faculty of Architecture (FA-ULisboa) where she has been lecturing since 1999. She is part of the Department of Design in Architecture, Urbanism and Design, as well as the PhD in Urbanism.

She is a member of the Research Center of Architecture, Urbanism and Design (CIAUD), where she develops research on urbanism and spatial planning, ranging from urban development and spatial planning policy issues to tourism planning and urban morphology. She has been coordinating and participating in several research projects funded by FCT, Calouste Gulbenkian Foundation, EFDR, EEA Grants, among others.

Between 2012 and 2016 she served as a Deputy Director General the Directorate General of Territorial Development, where she has been in charge of the matters of territorial development, spatial planning and urban policies.
She has participated in the revision of the Portuguese spatial planning legal framework, namely the Spatial Planning Framework Act (2014) and following legal regimes (2015).

She has coordinated several projects and policy agendas, namely the National Report for Habitat III (2016), the Evaluation of the National Spatial Development Policy Programme – PNPOT (2014) and the National Strategy for Sustainable Cities 2020 (2015). She has also taken part of the editing of the National Policy for Architecture and Landscape (2015).

She was a representative of Portugal on the Monitoring Committee of the European Territorial Cooperation Programmes URBACT III and ESPON 2020, as well as an expert of the European Commission on the Expert Group of Territorial Cohesion and Urban Matters (TCUM) and a National Focal Point on the EIONET National Reference Center on Land Use and Spatial Plannning (NRC – LUSP), Euroepan Environment Agency.